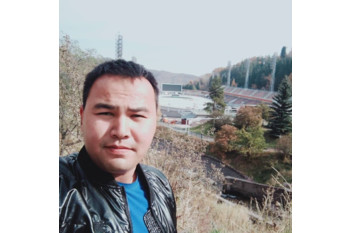 On 23 December 2021, a court hearing in the politically motivated civil suit of the "Ar-Bedel" Social Foundation against the civil activist Nursulta TASTAYEV "to prohibit actions that violate rights and pose a risk of future harm" will be held.

The government-controlled “Ar-Bedel” Social Foundation filed a politically motivated civil lawsuit with the Saryarka district court against civil activist Nursultan TASTAYEV based on screenshots of his Facebook posts. In its lawsuit, Ar-Bedel writes:
1). The defendant Nursultan TASTAYEV has been systematically posting on Facebook publications that contain "unreliable negative information about the activity of the First President of the Republic of Kazakhstan - NAZARBAYEV N.A., the system of the RK state power in general," allegedly containing "calls to overthrow the government, expressing the threat of committing illegal actions; information that may affect the formation of negative public opinion about the activity of the political leader, negative attitude towards the political system in Kazakhstan in general.
2). "Materials published by the Respondent in their meaning are aimed at formation of public negative image - "common enemy", discrediting the First President - Yelbasy (title - Leader of the Nation) as well as the apparatus of the state power in general".
3). In addition, “Ar-Bedel” wrote in the lawsuit that the publications of Nursultan TASTAYEV allegedly create the "risk of negative consequences in the form of sanctions of international organisations against the Republic of Kazakhstan; a possible intervention of foreign states in the internal affairs of Kazakhstan, including military intervention; naturally accompanied by a breach of public order and as a consequence the use of force by one of the conflicting parties; entails the inevitable collision of opposing parties and eventual danger to persons not involved in the conflict, contribute to political and social tensions in society and, as a result, to public disorder, endangering citizens and organisations, as well as undermining the state's international image."
4). Moreover, “Ar-Bedel” wrote in the lawsuit that Nursultan TASTAYEV'S publications "are untrue defamation, which defame the honour and dignity not only of Yelbasy, but also of an unlimited circle of others". Who are these "unlimited circle of others"?
The mission of “Ar-Bedel” Foundation allegedly is "to reach the level of impeccable network culture in the name of security and protection of personal rights and freedoms of each citizen of Kazakhstan". That is, with their actions they want to achieve censorship, banning criticism of the authorities, banning opposition opinion, and banning freedom of speech. This is not "network culture".
How does criticism of Nazarbayev increase the risk of military intervention and interference of foreign countries in the internal affairs of Kazakhstan?
Nursultan TASTAYEV as well as civil society are not calling for sanctions against Kazakhstan (as “Ar-Bedel” writes), but for personal sanctions against specific human rights violators. This is not illegal. And it is not interference in internal affairs. Respect for human rights is an international obligation of Kazakhstan.
Moreover, how is criticism of Nazarbayev a call for unsanctioned rallies? How does this contribute to social unrest?
Since when is it not possible to write an opinion which is critical of the authorities? How does it undermine the international image of the state? In what way does it create a risk of military intervention by a foreign state?
“Ar-Bedel” demands the court to oblige Nursultan TASTAYEV to stop allegedly unlawful activity of dissemination of unreliable discrediting information, insulting human dignity and public morals, expressing obvious disrespect to the society, the state and the First President of the Republic of Kazakhstan - Yelbasy and remove these posts from Facebook.
This is not “Ar-Bedel”'s first politically motivated lawsuit against civil activists. They have previously filed a politically motivated civil lawsuit against ten civil activists and human rights defenders for allegedly insulting Yelbasy's "good name", as well as against a civil activist Nursultan TASTAYEV.
In order to disguise political persecution (so as not to show the dozens of political criminal cases), the authorities have decided that they will disguise it. Now the authorities will say that they are not the ones persecuting the activists - "WE ARE NOT THERE" - will say the authorities. The authorities will say that this is a squabble between an allegedly human rights organisation and activists - they are the ones to blame, not us. However, the selectiveness, the political motive for the persecution of civil activists, and the predictable decisions of the government-controlled courts all indicate that this is a campaign of political persecution organised by the authorities themselves.
Поддержите проект