List of political persecution in connection with peaceful protests on 23 October 2021. 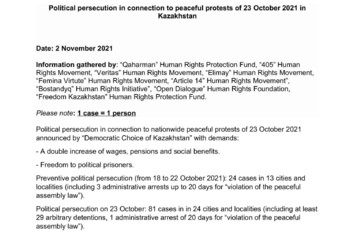 In connection with the nationwide protest on 23 October 2021 announced by the Democratic Choice of Kazakhstan ("DCK") movement with the following demands to the authorities of Kazakhstan:
- Raise salaries, pensions and benefits by half;
- Freedom for political prisoners.

The Kazakhstani authorities have on five occasions refused, for political reasons, to hold peaceful assemblies on 23 October 2021 in Aktau, Uralsk and Zhanaozen in response to notifications submitted by civil society activists.

We draw attention to the use of brute force during the arbitrary detention of Gulmira ORYNTAYEVA (from Shymkent) and Bibigul ZHOLAMANOVA (from Almaty). Police officers have not yet been prosecuted. 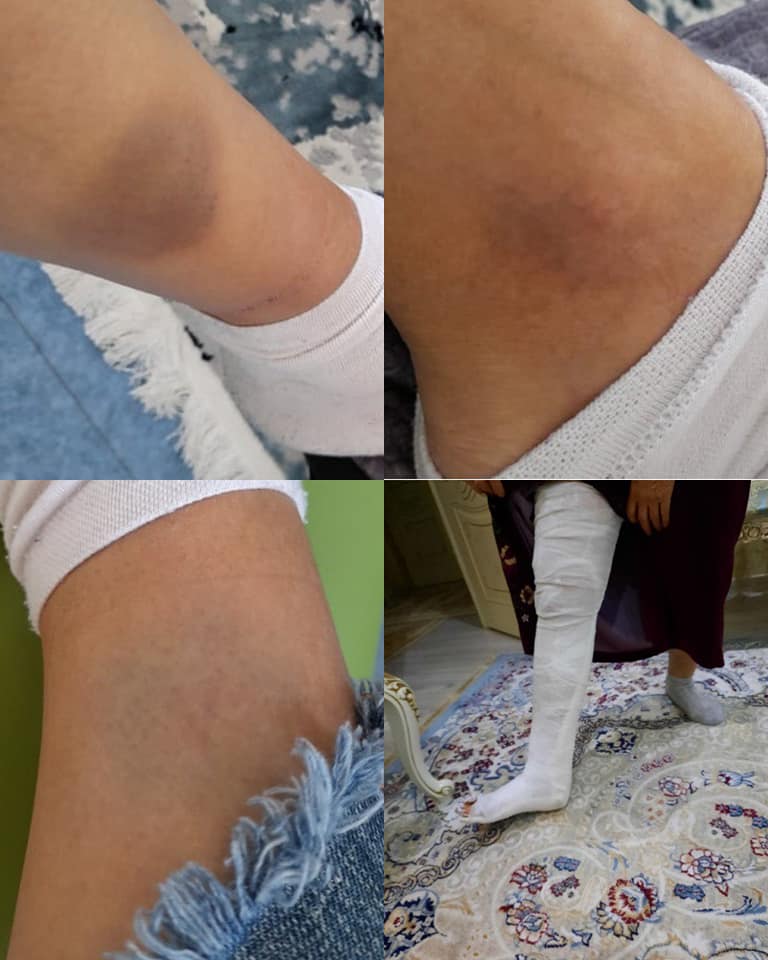 ⠀
We note that the Commissioner for Human Rights, Elvira AZIMOVA, has not publicly responded to political persecution arising from the peaceful protests of 23 October 2021.The authorities of Kazakhstan, a member state of the United Nations Human Rights Council, are in flagrant violation of international human rights obligations, while at the same time claiming a supposedly "listening state" and "political reforms".

We call on the US, the EU, the UK and Canada to impose personal sanctions on: Karim MASSIMOV, Head of the NSC; Gizat NURDAULETOV, General Prosecutor; and Yerlan TURGUMBAYEV, Minister of Internal Affairs.