Joint statement on the case of Karachaganak Support Services ("KSS") 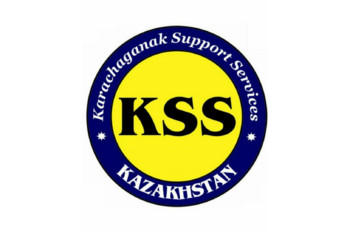 The court has issued a stricter decision than the court of the first instance, which we consider to be retaliation for the public disclosure of torture against Natalia Dauletyarova and demands for false testimony from others who have been prosecuted.

In the course of investigation, employees of the Department of Economic Investigation put pressure on Natalia Dauletyarova and offered her to give false testimony against Barlyk Mendygaziyev so that she would testify that in reality no transactions between "KSS" and her companies under the contracts concluded on behalf of Barlyk Mendygaziyev’s "KSS" allegedly existed. That all transactions were allegedly fictitious and aimed at laundering funds.
⠀
At the same time, on 17 May 2021 by decision of the court of the first instance:

We demand that Ombudsperson for Human Rights of the Republic of Kazakhstan Elvira Azimova publicly demand to stop the political persecution of Barlyk Mendygaziyev’s colleagues and relatives and personally visit Barlyk Mendygaziyev’s brother, Bekizhan Mendygaziyev, in the detention facility.
⠀
We call on the US, the the UK and Canada to publicly condemn the politically motivated persecution of Barlyk Mendygaziyev’s colleagues and relatives, and to impose personal sanctions on: Karim Massimov, Head of the National Security Committee; Gizat Nurdauletov, General Presecutor; and Yerlan Turgumbayev, Minister of Internal Affairs for systematic human rights violations in Kazakhstan.